In addition, Joeboy Announces First Leg of US Tour

Nigerian afropop superstar JOEBOY has shared audio for his latest single, “Cubana.” The TYPE A-produced track, which had its world premiere today with Apple Music 1’s The Dotty Show, is out now on all DSPs from emPawa Africa.

“Cubana” arrives as JOEBOY gets set for his first U.S. tour dates this Spring. The singer will join Koffee on her The Gifted Tour from April 27 (Miami Beach) through May 2 (Charlotte, NC), before stepping out on his own for his headlining Young Legend Tour, from May 4 (Philadelphia) through May 30 (Seattle).

“This is probably the most playful song I’ve ever released,” JOEBOY says of “Cubana,” which serves as both a preview of his upcoming project due out later this year, and an appetizer for fans ahead of this Spring’s tour.

“I was in the studio trying to create a ‘heartbreak song‘ with my producer TYPE A, and there was this really vibey and trippy progression I just started playing around with,” JOEBOY recalls. “‘Cubana’ started as a freestyle with this very catchy melody that stuck, and we decided to go with the flow, and create something very different from what we originally intended.”

“Cubana” follows a successful 2021 campaign for JOEBOY that began with the release of his critically-lauded debut album, Somewhere Between Beauty & Magic, in February. The project, named one of 2021’s Best Albums by Rolling Stone, hit No. 1 on Apple Music in 28 countries, amassing over 420 million streams globally. "Show Me" and "Focus," off the project peaked in the top ten of the TurnTable Top 50.

“Sip (Alcohol),” released in September, has gone on to become JOEBOY’s most successful single internationally, scoring over 360 million streams, while becoming the artiste's first No. 1 single on the TurnTable Top 50 (went on to become the longest No. 1 of 2021 in Nigeria after spending 10 weeks at No. 1), topping Apple Music’s streaming chart in 17 countries, and hitting #1 on Billboard’s LyricFind Global chart. This week, “Sip” makes its debut on Billboard’s Mainstream R&B/Hip-Hop National Airplay Chart, and appears at #14 on Billboard’s inaugural U.S. Afrobeats Songs Chart.

It’s the latest in a string of international afrobeats smashes from the singer, including his 2019 breakout single “Baby” and the 2020 Mr Eazi and DJ Neptune collaboration “Nobody,” Nigeria’s #1 single of 2020. 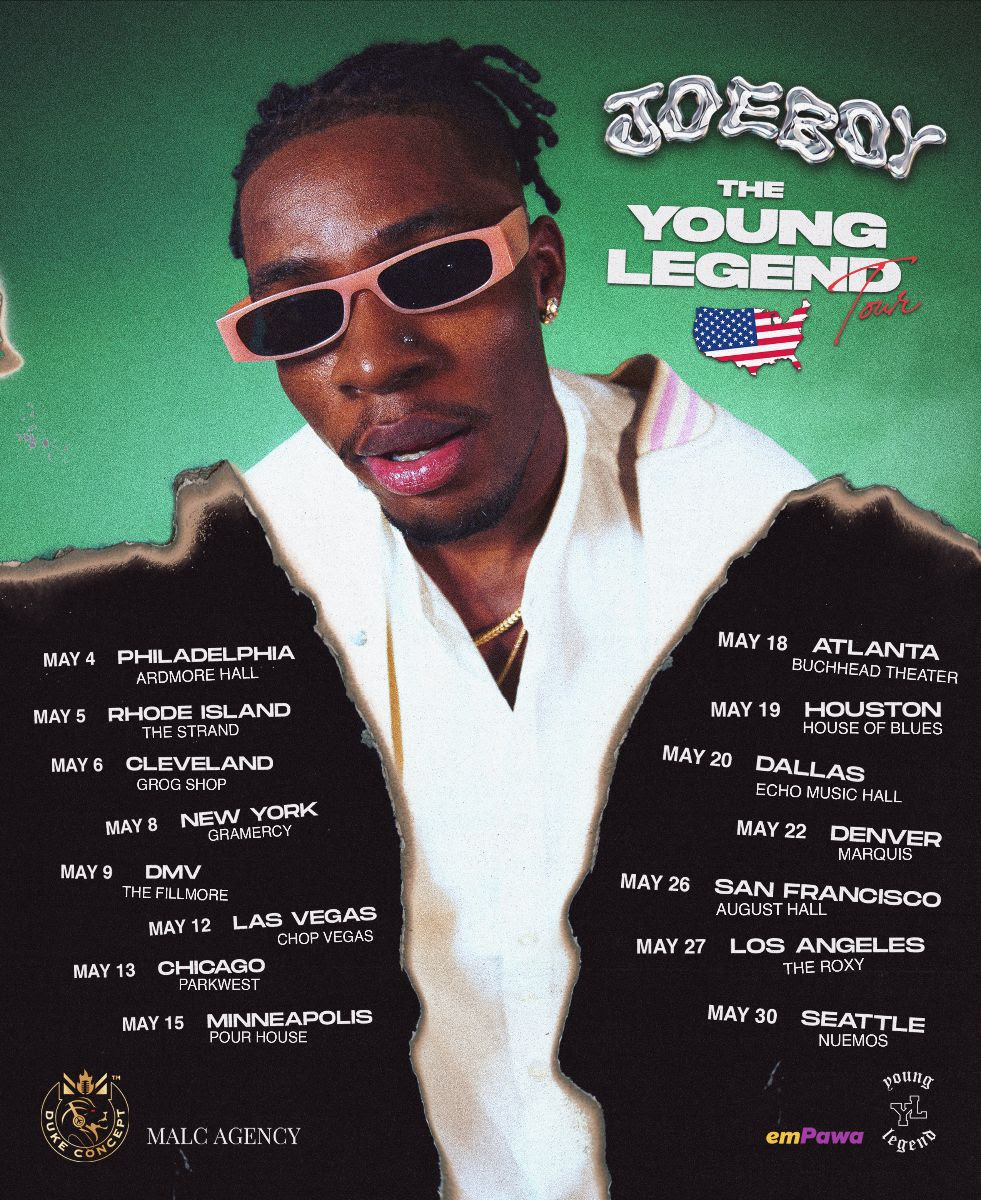